The area now known as Cherry Hill was originally settled by the Lenni-Lenape Native Americans who coexisted peacefully with the first settlers from England, namely Quaker followers of William Penn who arrived in the late 17th century. The first settlement was a small cluster of homes named Colestown, in the perimeters of what is now the Colestown Cemetery on the corner of Route 41 (King's Highway) and Church Road. The municipality was founded on February 25, 1844, in Gloucester County as Delaware Township from half of the area of Waterford Township, and became part of Camden County at its creation some two weeks later on March 13, 1844. To avoid conflict with a Delaware Township in North Jersey, the towns name was change to Cherry Hill in 1961. The township's population grew rapidly after World War II, and continued to increase until the 1980s.

Cherry Hill was a 19th-century farm on Kaighn Avenue / Route 38, owned by Abraham Browning. The farm property later became the Cherry Hill Inn (now a movie theater complex), as well as an office campus (now a shopping center with big-box retailers), and today's Cherry Hill Towers and Cherry Hill Estates housing developments. Adding to the prevalence of the Cherry Hill name, developer Eugene Mori branded several properties using the name, including the Cherry Hill Inn and Cherry Hill Lodge hotels, Cherry Hill Apartments, and Cherry Hill Estates. Cherry Hill Shopping Center (now known as Cherry Hill Mall) opened in 1961 opposite the old Cherry Hill Farm site, featuring 75 stores within a single enclosed space.  The mall was one of the East Coast’s first enclosed malls and it’s still the area’s top destination, not only for shopping but also for special events and even upscale dining.Big draws here include Nordstrom for shoes and clothing and Seasons 52 for elegant and calorie-conscious dining. Another shopping and dining destination is Garden State Park, which started life as a horse racetrack and is now a pedestrian-friendly, modern town center. In addition to the many parks and playgrounds around, there is Springdale Farms, one of the last remaining working farms in the township. 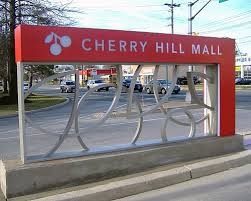 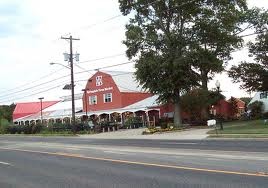 Find a Home in Cherry Hill

The data relating to real estate for sale on this website appears in part through the BRIGHT Internet Data Exchange program, a voluntary cooperative exchange of property listing data between licensed real estate brokerage firms in which Coldwell Banker Preferred participates, and is provided by BRIGHT through a licensing agreement. The information provided by this website is for the personal, non-commercial use of consumers and may not be used for any purpose other than to identify prospective properties consumers may be interested in purchasing. Real estate listings held by brokerage firms other than Coldwell Banker Preferred are marked with the IDX icon and detailed information about each listing includes the name of the listing broker.
©2020 BRIGHT, All Rights Reserved. Information Deemed Reliable But Not Guaranteed. Some properties which appear for sale on this website may no longer be available because they are under contract, have Closed or are no longer being offered for sale.
Data last updated: Oct 26, 2020 7:13:am.